How did the COVID-19 epidemic develop in Luxembourg?

The first coronavirus case in Luxembourg was detected on 29 February 2020. By mid-March, the number of infections started rising, peaking on 25 March with 234 cases identified. After that, the trend started to point downwards again. To date, a total of 4,345 people in Luxembourg have tested positive for the virus. 18 patients are currently hospitalised due to COVID-19, 2 of whom are in intensive care.

The first death occurred on 13 March. In total, 110 Luxembourg inhabitants with an average age of 84 years have died due to COVID-19. The excess mortality between mid-March and the end of April corresponds very closely to the number of COVID-19-related deaths during this period, which indicates that the reporting of coronavirus cases is highly accurate.

How did Luxembourg authorities handle the outbreak of the COVID-19 epidemic? 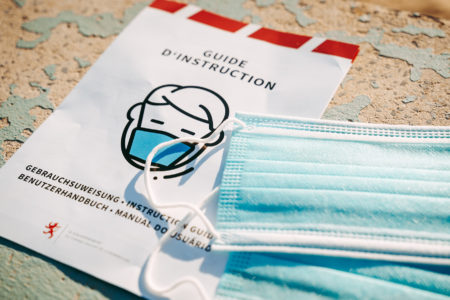 Luxembourg authorities developed a plan for handling the pandemic already in January 2020. When the number of infections started to rise, the government reacted by imposing travel restrictions for the population on 15 March. A state of emergency was declared three days later in order to limit the economic activity as deemed necessary. “Health goes before economic interest,” said Prime Minister Xavier Bettel when speaking to the parliament.

Four “advanced healthcare centres”, exclusively dedicated to COVID-19 patients and suspected cases, were set up, and the emergency capacities of the country’s hospitals were preventively increased from 100 to 300 beds. As the full capacity was never needed, Luxembourg received and treated several patients from the north-eastern region of France that was hit hard by the pandemic.

As a high proportion of the healthcare professionals commute daily from the neighbouring countries, the government offered these cross-border workers the opportunity to stay in a hotel in Luxembourg, together with their families if they wished.

What is Luxembourg’s deconfinement strategy?

As the strict measures quickly brought positive effects in terms of the number of new COVID-19 cases, the government launched the first step of its deconfinement strategy on 20 April with the reopening of construction sites, gardening and landscaping companies as well as DIY shops.

At the same time, the use of masks in situations when a social distancing of 2 metres cannot be respected, such as visits to supermarkets or trips on public transport, became compulsory. All Luxembourg residents over 16 years of age, as well as all cross-border workers, were given 50 masks by the government.

Shops were allowed to reopen on 11 May and restaurants on 29 May, obviously while taking the necessary precautions to protect their customers from infection. Schools have also been able to open their doors again successively from 4 May, with children alternating between on-site attendance and home schooling in order to make it possible to maintain social distancing. The COVID-19 advanced healthcare centres were closed on 8 June 2020 as they were no longer needed.

Why does international media call Luxembourg a “laboratory for efficient coronavirus management”?

Ever since the start of the epidemic, Luxembourg has been among the countries that have tested the most people. The country has now begun large-scale testing to identify carriers of the virus, also those without symptoms, to prevent it from spreading further. The aim is to test the entire Luxembourg population as well as the cross-border workers. So far, 191,000 people have been tested. 151,000 are Luxembourg residents (the rest being cross-border workers), which corresponds to 24% of the entire population.

“Luxembourg is an interesting case study for epidemiologists and policymakers alike for a number of reasons,” says American business magazine Forbes. “The nation has crushed the curve, with daily new cases of coronavirus in the single digits. And, not only does the country have one of the highest testing rates in the world, it also has one of the highest recovery rates (percentage of cases who have recovered from COVID-19). As such, its crude case fatality rate of approximately 2.6% is probably less rough than other estimates. By comparison, the crude case fatality rates globally have averaged around 6%.”

“A pandemic plan, drawn up in January, when few European countries were concerned about the risk; 50 masks distributed to each inhabitant and orders for a total of 69 million; hundreds of hotel rooms available to cross-border workers to prevent the breakdown of the hospital system; an on-going project for generalised population testing. And, ultimately, one of the lowest mortality rates among the affected countries: the Grand Duchy of Luxembourg will undoubtedly have been the laboratory for effective management of the risks associated with Covid-19,” says renowned French newspaper Le Monde.