A base for expansion 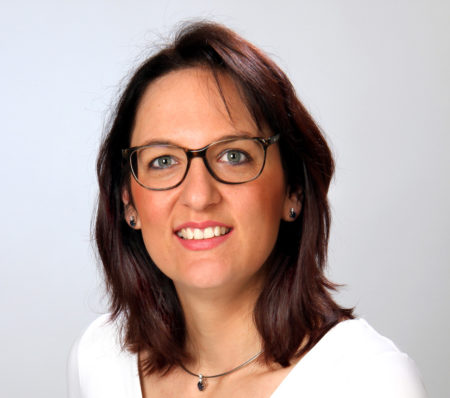 When SportMed decided to move its headquarters from Germany to Luxembourg, the objective was to take the already flourishing company to the next level. SportMed started out as a software developer for different manufacturers, but found its own niche in 2012 when it released its first proprietary product: a digital assessment system for muscular mobility and range of motion.

A national R&D project for a new product

The digital platform was developed at the company’s new premises in Echternach in the east of Luxembourg. “We decided to move as we saw better funding and networking opportunities here,” explains SportMed co-founder Jessica Berner Egen.

An assumption that was rapidly put to the test when the company decided to extend the assessment platform to yet another field, namely that of mobility for seniors. “Mobility is essential for our general well-being, but many people move less once they retire, and very much less when they move into senior residential care. We saw the need for a digital tool that would measure factors that are essential for elderly people’s mobility and independence and provide practical recommendations for what they could do to keep as fit as possible.”

We decided to move as we saw better funding and networking opportunities here.

The development of such a tool requires a substantial amount of research and development, and the company decided to apply for an R&D subsidy from the Luxembourg Ministry of the Economy. With help from Luxinnovation, the national innovation agency, it designed its R&D project and prepared a successful grant application.

The subsidy provided made it possible to develop the new tool, mobee care, and base it on scientifically validated recommendations. “The support we received from Luxinnovation and the ministry was simply incredible. You could feel that the ministry’s objective was to have an outcome that would be useful both for us and for them,” Ms Berner Egen points out. “Without this subsidy, we definitely would not have been able to develop the holistic solution with a scientific base that we have today.”

Luxembourg also turned out to be a fertile ground for finding partners. SportMed expects to launch mobee care on the market in approximately a year’s time, but first it needed a pilot user to validate the concept.

To achieve this, the company has partnered with the Luxembourgish Red Cross that will test run the product at its senior care institution in the town of Junglinster, located 15 km northeast of Luxembourg City. “This is a very interesting partner for us, as this institution caters for seniors ranging from those who are still fit and just need some assistance to those who are severely restricted. It will therefore allow us to test the tool in a wide variety of user situations,” says Ms Berner Egen.

Through an event organised by Luxinnovation, the company has also found a potential partner in the Luxembourg Institute of Science and Technology (LIST). LIST has developed a nutrition solution targeting seniors that could possibly be promoted on the German market together with mobee care.

Many of SportMed’s clients are German, but the company sells its products internationally. It is looking to extend its network of distribution partners that currently includes China, Australia, New Zealand and a Columbia-based agent who covers Latin America. In March 2020, the company will participate in an EU-supported business mission to South Korea to explore new business opportunities there. “Europe is a forerunner in preventive healthcare. We see a lot of potential, especially in a few year’s time, as the field develops in other parts of the world,” Ms Berner Egen underlines. “We are now starting to work on these markets in order to be established there once the topic really takes off.”

SportMed currently has a headcount of 14 people. In order to accelerate its international expansion, the management would like to increase the size of the team and is interested in finding an investor that would support its plans and ideas. “The harder we can work on our international expansion, the faster we can create revenue from various countries,” she points out.

After five years in Luxembourg, Ms Berner Egen is more than happy with the decision to move the company here. “We asked all our employees for their opinion before taking our decision, and they were all in favour of the move. This meant that everyone was very motivated to get our Luxembourg operation started,” she says. “In the beginning, it was of course a bit difficult to adapt, but we quickly saw advantages. The first thing that we noticed was that there was a lot less bureaucracy – I would say 50% less than in Germany.”

Luxembourg is a very open-minded and tolerant society.

The co-founder also appreciates the ease of building up a network. “It is much easier to get to know people in Luxembourg than elsewhere. It is a very open-minded and tolerant society. Coming from abroad, we have never felt excluded or experienced that people were wary of us. We don’t regret the step we have taken in any way.”