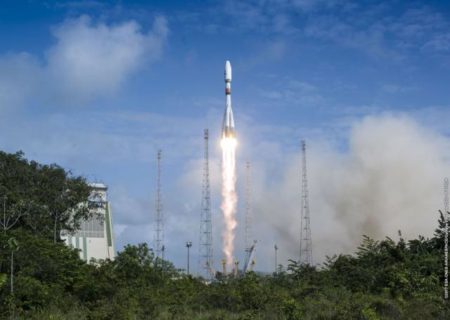 she said, fanning out 50 degrees north and south of the equator. Arianespace has launched the full O3b constellation since 2013 using Soyuz rockets carrying four satellites at a time.