Politico* Europe is a very well respected Brussels-based European affairs weekly newspaper. This is the third instalment of their guide to the people to watch in the year ahead: 18 men and 10 women from 28 different countries — politicians, business leaders, artists, writers — you can expect to find in the thick of the action in the coming months. 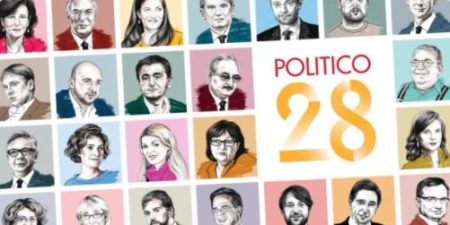 Étienne Schneider was chosen for his passionate efforts to turn Luxembourg into an, “…outer space powerhouse. As the Luxembourg deputy prime minister and economy minister, he has worked to establish the country as a leader in off-Earth mining — attracting companies aiming to harvest asteroids for their minerals.”

*Politico Europe successor of European Voice, which changed in April 2015 after being acquired in December 2014 by a joint venture between United States-based political publisher Politico and Berlin-based Axel Springer AG. It is an off shoot of Politico, known earlier as The Politico, an American political journalism company based in Arlington County, Virginia, that covers politics and policy in the United States and internationally. It distributes content through its website, television, physical newspapers, radio, and podcasts. Its coverage in Washington, D.C., includes the U.S. Congress, lobbying, media and the presidency.