Coronavirus: Impact on the Luxembourg economy

What was the immediate impact on the Luxembourg economy when the COVID-19 epidemic broke out?

The Luxembourg government reacted quickly and imposed travel restrictions in the country as early as 15 March to prevent the infection from spreading further. As a consequence, some parts of the economy were closed down. However, with infection rates quickly decreasing, the government launched its deconfinement strategy on 20 April. Construction sites, shops and restaurants were subsequently allowed to reopen, while the number of COVID-19 cases detected have remained at very low levels.

What has the government done to support the economy? 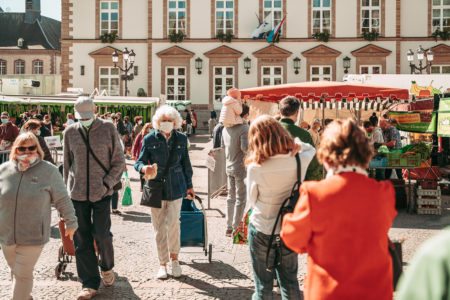 On 25 March, the government launched a massive economic stabilisation programme, composed of almost 40 different measures. The programme, which has been called one of the most generous in the world, is focused on helping companies maintain employment and cash flow and facilitate bank loans. Several initiatives were also launched to support start-ups.

The Ministry of the Economy presented additional support measures on 20 May, aimed at encouraging employment, supporting companies in the most impacted sectors and promoting a sustainable economic relaunch. One of the key measures in the programme called “Neistart Lëtzebuerg” (“New Start Luxembourg”) is short-term employment. 14,500 companies have already benefitted from COVID-19-related short-term employment packages.

“We have never paid out as much financial aid as during this time of crisis,” stated Minister for Small and Medium-Sized Enterprises Lex Delles. “Government measures have helped mitigate the social and economic consequences of the crisis in the short term,” continued Minister of the Economy Franz Fayot. “Other, more recent support measures decided in the context of the ‘Neistart Lëtzebuerg’ package will only have positive effects in the medium or even long term.”

What is the economic outlook for Luxembourg?

The world economy has been severely hit by the coronavirus pandemic, and a global recession is expected for the rest of the year. The same is true for the Luxembourg economy.

“Economic activity in Luxembourg was relatively steady over the first two months of the year but declined sharply from March onwards after the lockdown measures were implemented,” says national statistics institute STATEC in a press release. “The sectors most impacted were those directly affected by a total or partial shut-down of activity (construction, hotel and catering, retail) and/or where the options for teleworking were limited. A gradual emergence from lockdown should allow activity to recover from Q3 onwards.”

However, STATEC predicts that the Luxembourg economy will catch up again with a 7% growth in 2021, provided the health situation returns to normal and activity can gradually resume. Although the severity of the situation should not be denied, there is reason for optimism.